The term Britannia is, in Ultima Online, often used incorrectly as a synonym with Sosaria‎. Properly, however, it refers to the original UO map, the one with the cities of Trinsic, Britain, and Yew; the Kingdom created by Lord British's consolidations of the realms found in the single-player game Ultima I.

In EA/OSI's version of UO, the land once called Britannia has been known as the facet of Felucca since the release of the Renaissance expansion and the introduction of the facet of Trammel.

Oceania Classic features Britannia before the Felucca/Trammel split. When we talk about the land of Britannia we are referring to what later became Felucca in EA/OSI's version of UO. 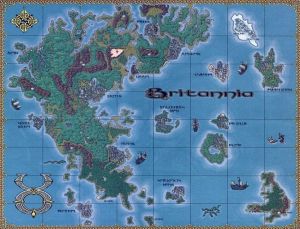